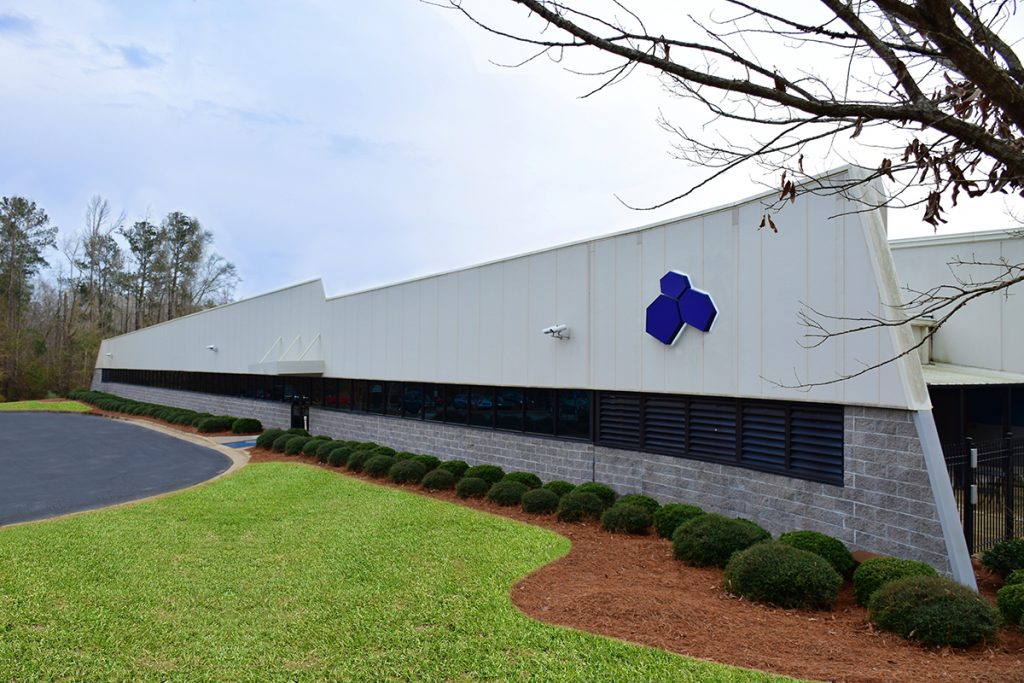 Path-Tec is expanding into a 135,000 square-foot plant left vacant earlier this year by the closure of the Litho-Krome printing operation by greeting card firm Hallmark.

Path-Tec said Monday it has purchased the facility at 5700 Old Brim Road, inside Muscogee Technology Park, and expects to add 100 new jobs over the next four years. The 10-year-old company already has 100 employees on its payroll at its existing 79,000-square-foot location on Belfast Avenue, an area in which Char-Broil once assembled outdoor grills before moving production out of the U.S.

“We gave an estimate to the (Greater Columbus Chamber of Commerce) economic development team that we would generate at least another 100 jobs over the next four years,” said Kevin Boykin, Path-Tech president and chief executive officer.

“Just in the last year and a half we’ve hired 30 to 35 people,” he said. “So our growth has been 25 percent plus for the last three or four years easily. We’ve got a number of positions open right now.”

Path-Tech, founded in 2005 by Boykin, a native of Pine Mountain, Ga., specializes in the logistics process of packaging, transporting and tracking specimens shipped to medical laboratories, including those taking part in clinical trials. That includes supplying items such as needles, tubs, cups, wipes, requisition forms, shipping materials and instructions on collecting a sample.

“Our customers are laboratories all over the U.S.,” Boykin said. “When you go to a doctor and get a sample drawn, a lot of times they will collect the sample and put it into some sort of transport box. We design all of the kits that they use to collect those samples in, and we also manage all of the inventory. We know how much inventory is sitting on the shelves of all of the doctors. So we take care of all the tracking of the samples.”

Boykin said his company was beginning to experience growing pains at its current leased location at 1333 Belfast Ave. That’s in an industrial park just off Bradley Park Drive and near where Char-Broil formerly assembled outdoor grills. Path-Tec’s lease was expiring at the end of this year.

The specimen management company had a hard time initially finding suitable space and had been looking at property in Alabama as well. When the former Litho-Krome property became available, the chamber economic team told Path-Tech about it, with site visits ultimately leading to a deal. Boykin said the climate-controlled production environment and top-notch office space were key selling points.

“We worked closely with them to make that happen. So it was a win-win for everyone,” he said. “It will be a great showplace to bring customers in and present our products and services.”

Filling such a major structure in Muscogee Technology Park with a growing company that plans to add jobs was a classic case of taking lemons and making sweet lemonade, conceded Brian Sillitto, senior vice president of economic development and business recruitment at the chamber.

Calling the news of Litho-Krome vacating the facility and the city a “kick in the gut,” he said the building itself was destined to be filled at some point because of its location and amenities.

The chamber had been talking with Path-Tec since early 2014 as part of the organization’s “Business First” initiative. The aim there is to reach out to existing employers across the city and determine what their future goals and opportunities are, as well as the challenges they face, then help them with growth plans.

“I think when you’re looking at a company like Path-Tec, which is in growth and expansion mode, and will be for the next several years, this is the type of company that we want to make sure deepens its roots here in Columbus,” Sillitto said. “I expect great things out of this company. They’ve got good leadership and they’ve got good products and what they do is needed, especially in this day and age when it comes to health care.”

Path-Tech has been included on lists from Inc. magazine and ACG Atlanta for its rapid growth. The company was also the chamber’s business of the month in September.

“Path-Tec has been a company that has quietly excelled in Columbus for several years and we are certainly excited about their investment and plans to hire more people,” Billy Blanchard, development authority chairman, said in a statement. Blanchard also is president of Columbus Bank and Trust, the city’s largest bank in terms of deposit market share.

Muscogee Technology Park is located in the Midland area of Columbus, just off Macon Road or U.S. Hwy. 80. Kansas City-based greeting card manufacturer Hallmark announced in February that it was shutting down its Litho-Krome facility here and shifting production elsewhere. The local operation printed cards and packaging for Crayola crayons.